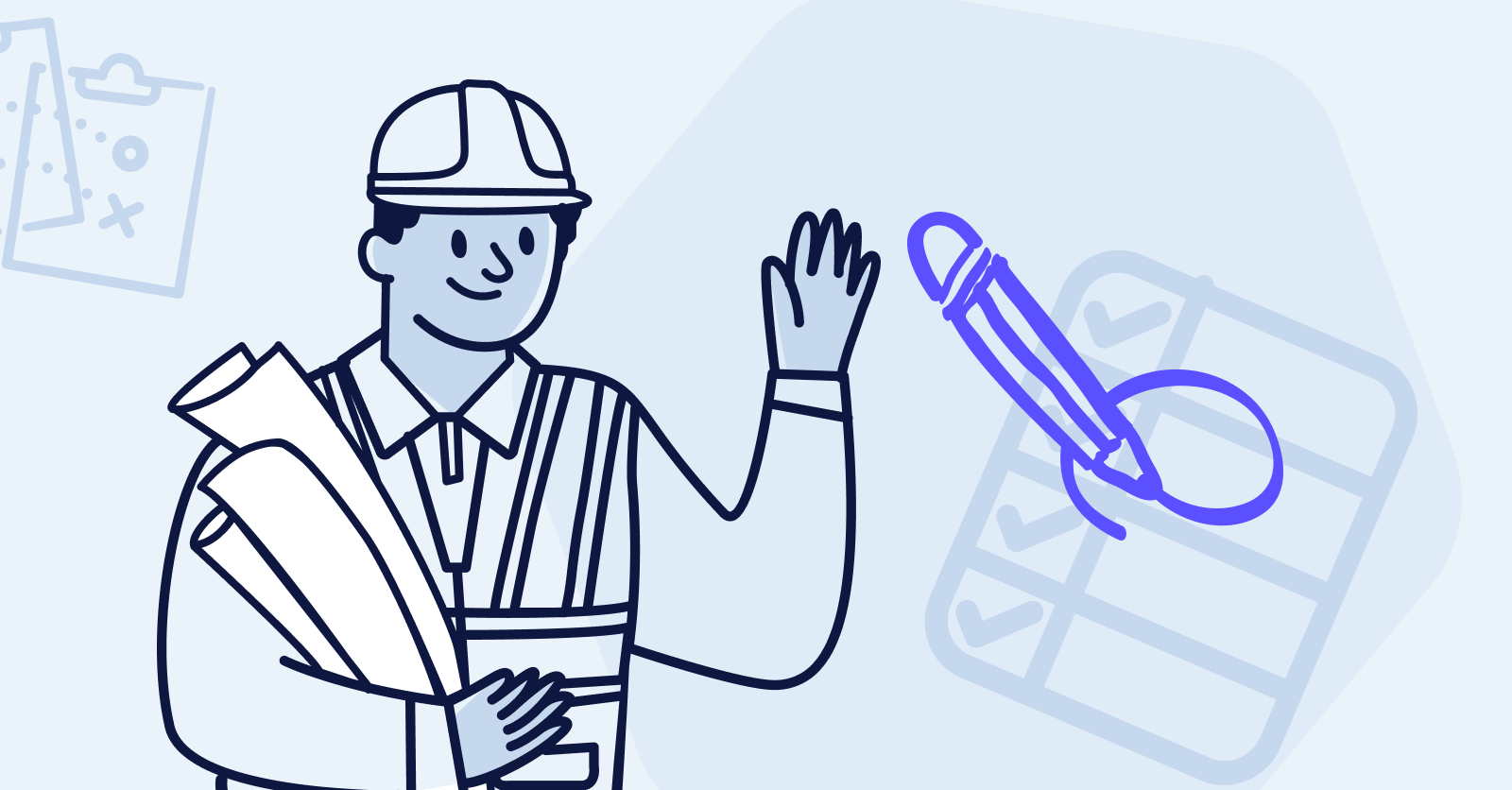 Things in construction don’t always go as planned. Aspects of a project are forgotten, problems emerge after tasks have been completed, jobs are done with poor craftsmanship, designs don’t quite work, or the wrong materials are used. Unsurprisingly, this leads to a whole bunch of issues.

However, with the right processes in place, and good use of snag lists (sometimes called a snagging list or a punch list if you are in the US or AUS), these issues can be caught and resolved before they become bigger problems.

What is a snagging list and what should it contain?

In order to stay on top of these issues and make sure they are resolved inspections are carried out throughout the project, at the end of subcontractor tasks, and at set milestones. During these inspections, stakeholders put together a list of all the ‘snags’ that have been identified.

A snag is construction slang referring to something that is defective, broken, or incomplete.

When making snagging lists it’s important to capture a detailed report of each of the issues. These reports should be kept in writing (ideally with photographic evidence) and shared with all of the parties involved. Some of the details that should be captured include:

When are snagging lists used?

Inspections can be carried out at any point during the project and it's good practice for contractors to do so on a regular basis. This way they can avoid huge lists of unexpected problems and defects as they’re approaching the end of a project.

One of the most crucial uses of a snag list is when the contractor is preparing for practical completion (discussed later in this article). At this point, the client or final owner will inspect the structure and identify any snags that the contractor needs to rectify before they take on ownership.

Snag lists involved in practical completion are typically broken down into the following three categories.

Pre-completion - This is all the issues and defects that a contractor needs to be aware of, and needs to resolve before a practical completion certificate is issued.

Non-minor items - A list of all the more serious issues and defects that were not identified until the practical completion certificate was given.

What is practical completion?

The RIBA plan of work states that “Practical Completion is a contractual term used in the Building Contract to signify the date on which a project is handed over to the client.”

This is a huge milestone in a project as it signifies the completion of works and triggers a series of contractual agreements. Such triggered events include the release of retained payments, the end of a contractor's liability for liquidated damages, and the beginning of the defects liability period.

Stakeholders and their involvement

Identifying snags and singing off resolved issues is a huge task. Because it has the potential to impact so many different parties, the process is usually carried out by a number of different people.

The main contractor is central to the process, orchestrating snag lists and communicating with all of the other parties involved. They’re responsible for making sure that snags identified by the client are rectified; they’ll also carry out their own inspections with subcontractors and liaise with architects to make sure everything has been built to plan.

As a project begins to approach completion, the client (or end owner) will visit the site to survey and inspect the condition of the building or structure. During the inspection, they’ll be responsible for noting anything that is incomplete or any defects they find. They’ll also use this time to ask questions and make final requests which may make their way onto the snag list.

Main contractors may inspect the work of different subcontractors throughout the lifecycle of a project and as specific tasks come to an end. Subcontractors are responsible for rectifying any issues (as instructed by the main contractor) within a specific time frame and to particular specs. They may also have to answer questions about the work they’re responsible for. These questions could be about anything from the materials they’ve used to why there are delays in the repair of a defect.

When the build is complete, architects are required to attend a final walkthrough. Here, they will confirm that the structure has been built to the correct specifications and that all of the plans (and amended plans) have been included in the construction.

Snag lists (or defect lists) are used in construction to identify anything that is defective, broken, or incomplete. These lists are normally part of a contractual agreement which will enable handovers, job sign-off, the release of retained payment, and anything else written into the contract.

Lists may be used in different ways, at different times, and between different parties throughout a project; one of their biggest uses comes when a contractor is preparing for practical completion.

No one person is responsible for snag lists as it is usually a very large task, typically requiring the involvement of the main contractor, client, subcontractors, and architects involved in the project.

Thanks for reading! If you enjoyed this article and would like to learn more about the construction industry and/or Aphex, you can view all of our blogs and articles here.

Improved statusing, a new task header, and Work Breakdown Structure selection. Just some of the Aphex updates in June 2021

It’s Time You Broke Up With Excel

For years now, you’ve been going through the motions with Excel, but it just doesn’t quite work the way it should. It's time to move on ...